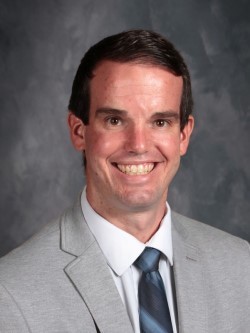 Congratulations to Mr. Charlie Zimmerman on being named Principal of Limestone High School for the 2021-2022 school year.  Zimmerman has been employed at Limestone since 2011 when he began teaching in the math department.  In 2014, Zimmerman became Dean of Students.  Two years later, he accepted the position of Assistant Principal, a position he has held for the last five years.

The Board of Education officially hired Zimmerman as Principal at the December board meeting held on the 15th.  Mr. Zimmerman will be replacing Mrs. Jeri look as Principal upon her retirement at the end of the 2020-2021 school year.